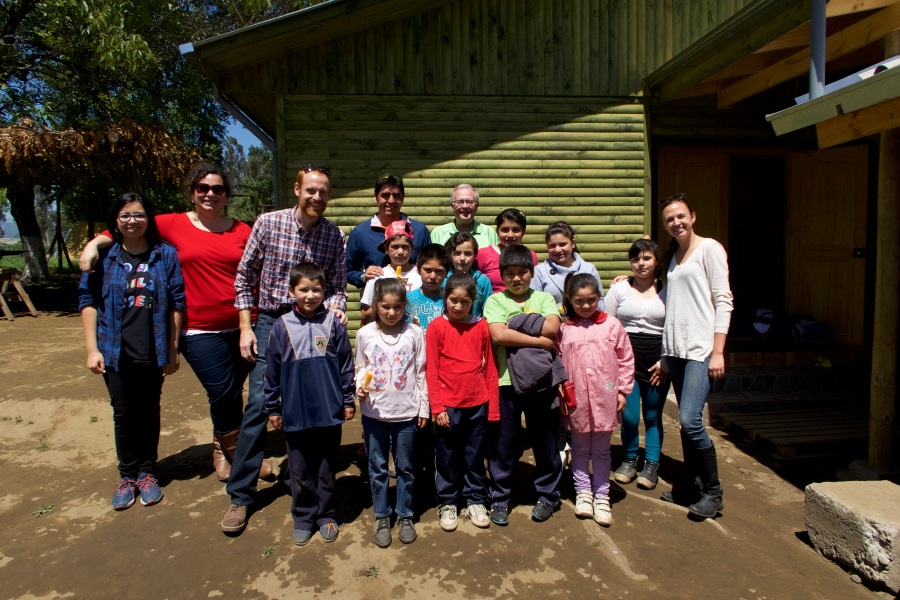 Jon immediately replied, “That’s awesome! I want to work there!”

From that day on, the incredible Johanna began to plan an opportunity for us to travel to this school for a day to met the students and to teach English.

That opportunity arrived last week Friday … and with an additional bonus! Pastor Steve Peterson (Missions Administrator for the Evangelical Lutheran Synod) and Pastor Matt Behmer (ELS Missions Board Member) happened to be visiting our church that weekend. We invited them to join us, and they happily agreed.

On Friday morning we hopped into Pastor’s car and met up with Johanna and her cousin Osvaldo in Longavi. From there they lead us into the mountains to where the school is.

So many thanks to Johanna and her cousin Osvaldo for sharing this school and its students with us! It was a pleasure to be able to meet each of the students and to help teach English for a day. Both Johanna and Osvaldo work very hard for their students ,and we are so thankful for them!

Also, a thank you goes out to Steve and Matt for coming along and sharing in this experience with us. We greatly appreciate the work you both do to support the Lutheran congregations in Chile!

One thought on “5 North Americans in a Chilean Mountain School”