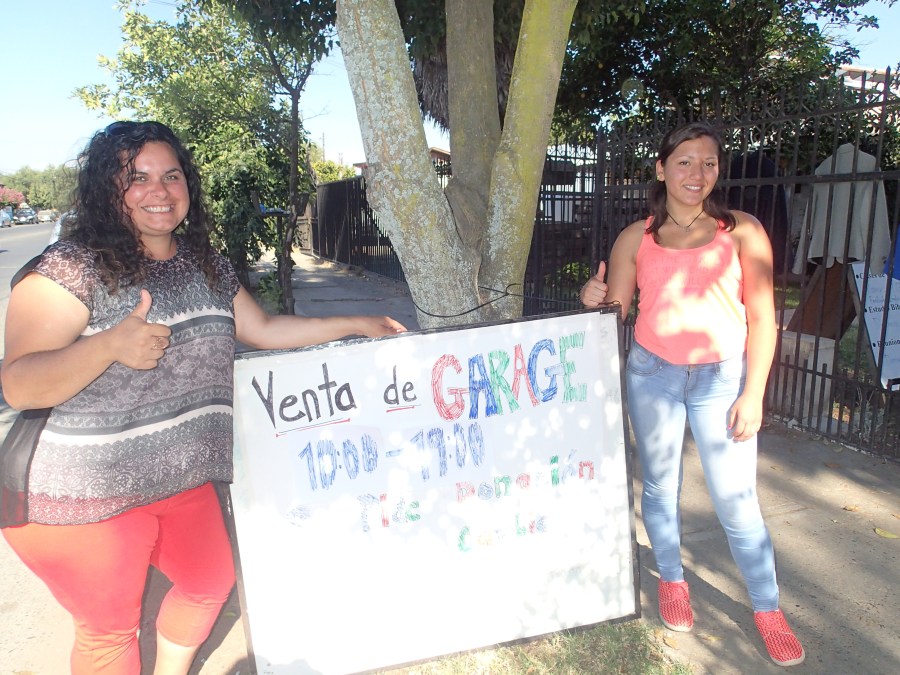 A couple weeks ago, Jon and I were walking down the main street in Linares when we saw this sign: 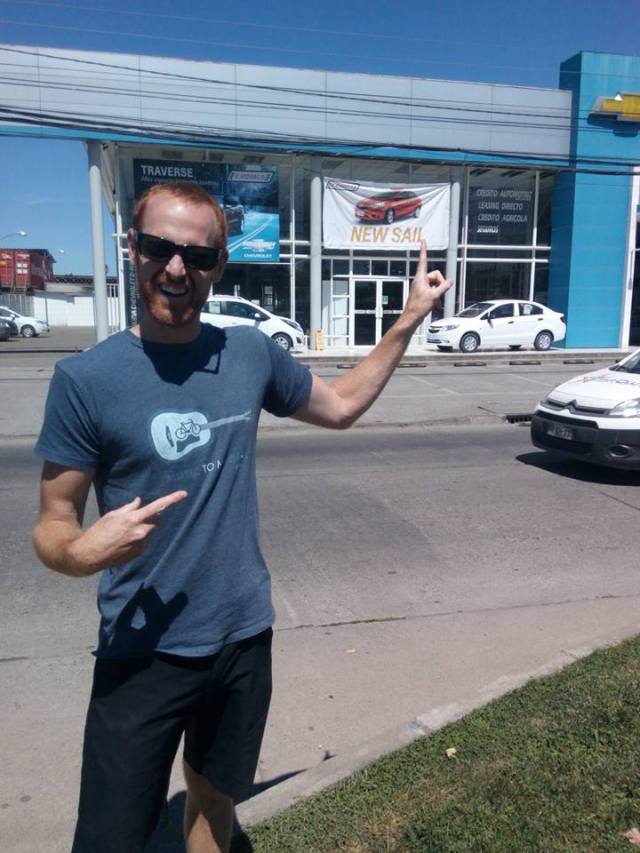 We laughed, snapped a photo, and of course shared it on facebook. However, later on we discovered that Chevrolet actually has a car model called the “Sail.” Overall, the incident gave us a good laugh and reminded me of a story that I had heard in one of my Spanish classes.

Once upon a time, not too long ago …

Chevrolet tried to market a new automobile, the Chevy Nova, in Latin America. They then scratched their heads in puzzlement when it was a major flop. Finally, someone pointed out to them that “nova” translates to “doesn’t go” in Spanish. They were trying to sell a car but branding it as something that doesn’t work! The embarrassed company quickly changed the model name to Caribe and sales grew.

Recently, we had our own personal “Nova” experience: The Garage Sale Flop.

A couple Sundays ago, Erika from church mentioned to us (Jon, Jenny, and I) that she would like to have a garage sale. Church members had donated items over a year ago for this but there just had never seemed to be enough people or time to actually organize the sale. She asked us if we could try it out on the upcoming Friday. The goal of the sale was for the church to gain awareness in the community and to help others. The items would be FREE but people would be encouraged to give a small donation.

“YES, OF COURSE,” we said. We come from the States…the land of Garage Sales.“WE GOT THIS!”

So that Friday we organized the items, made a big sign for the street, hung up balloons, set all the items up in an appealing way, and posted the Garage Sale to the Linares Facebook page.

We finally concluded that the problem was the day and time. It was Friday afternoon. Everyone was finishing their workweek. They last thing on their mind was a Garage Sale. We decided to try it again the next Saturday. That of course would be better.

The next Saturday we got everything ready. We even decided to post to the Linares Facebook Page every hour!

So we sat and sat and sat. By the afternoon, around 10 people had come. 10 PEOPLE! How could we have all this nice free stuff and nobody wanted to come?

Now, unlike the Nova story, we didn’t have someone point our problems out to us. However, one of us finally had the bright idea: “Maybe the problem is the word ‘Sale.’ Let’s advertise it as free!”

A quick change to our facebook posts and BOOM… the comments and interest quickly grew. However, one of the comments gave us even more insight. People were confused by our use of the word “donation.” We had been advertising the event as a “free items -voluntary donations!” However, many people thought that the donation was one of food or some other item. Whoops again.

Once those changes were made to our facebook posts, people started coming. 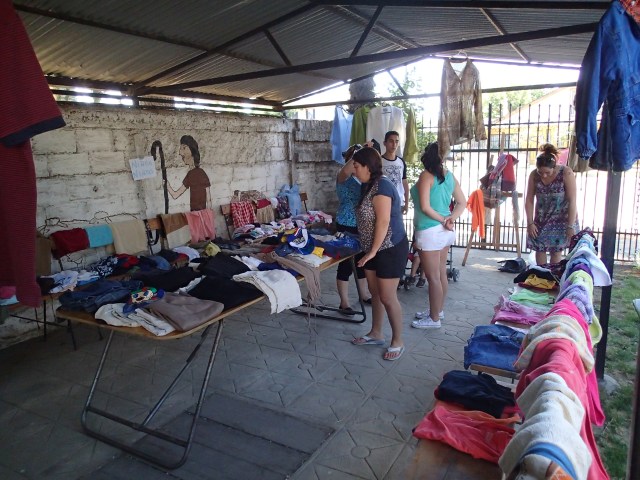 Overall, our Garage Sale Flop wasn’t a complete disaster. We learned as we went.

About 40-50 people visited our church that day and got some steals! We were able to have some great conversations with visitors about faith and English Classes. Several people even took the time to go through some of our church brochures that were on display! Also, every person who came received a card with our church information on it and the following bible passage:

For it is by grace you have been saved, through faith – and this is not from yourselves, it is the gift of God – not by works, so that no one can boast. Ephesians 2:8-9

Moral of the story?